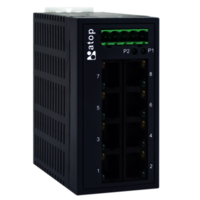 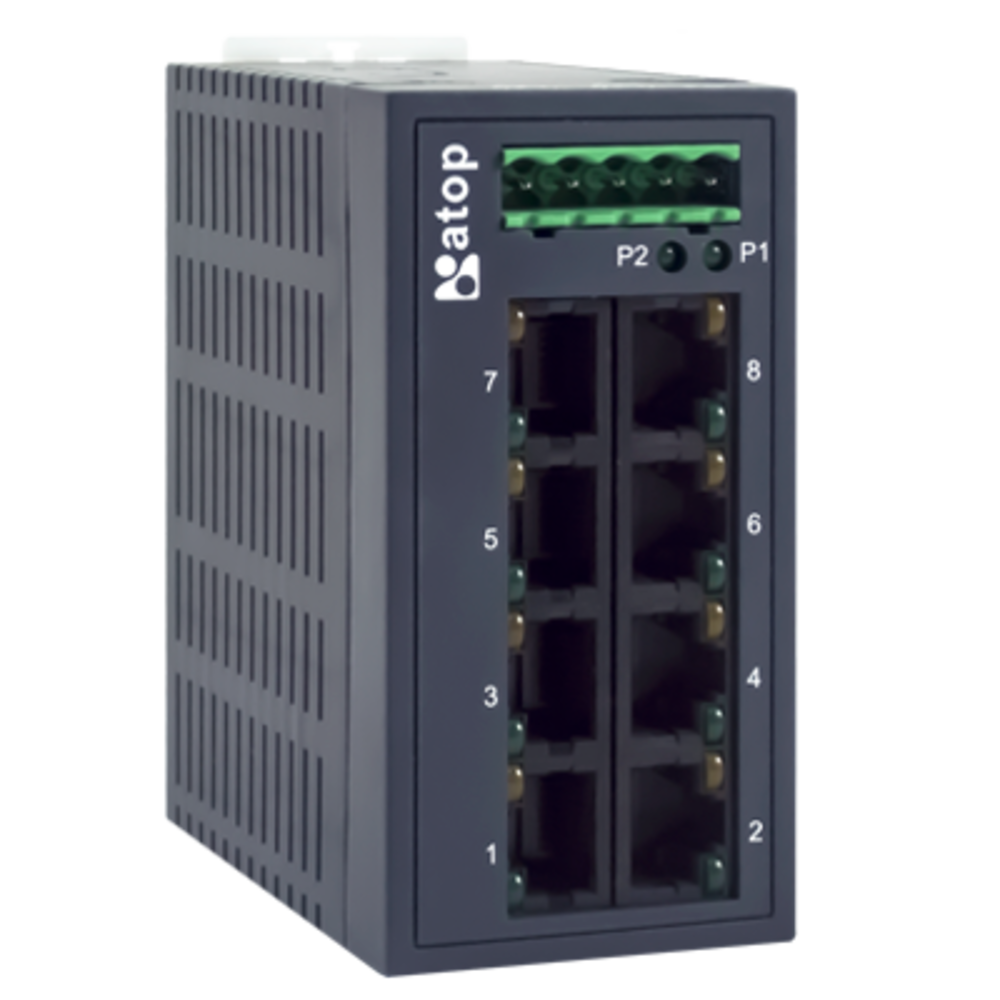 EH2008 with 8 RJ-45 ports for your industrial applications. It designs to work in the industrial environment, such as in hazardous locations, where it complies with CE, FCC, UL, and RoHS standards.

EH2008 protects itself from receiving too many broadcast packets. During normal use, broadcast packets will be forwarded to all ports except the source port. However, it will discard broadcast or multicast packets if the number of those packets exceeds a threshold in a preset period of time.

EH2008 provides two redundant power inputs that can be connected simultaneously to wide-range DC power sources. If one of the power inputs fails, the other live source acts as a backup to provide the EH2008 power needs automatically.

Other Products in 'Atop Products' category